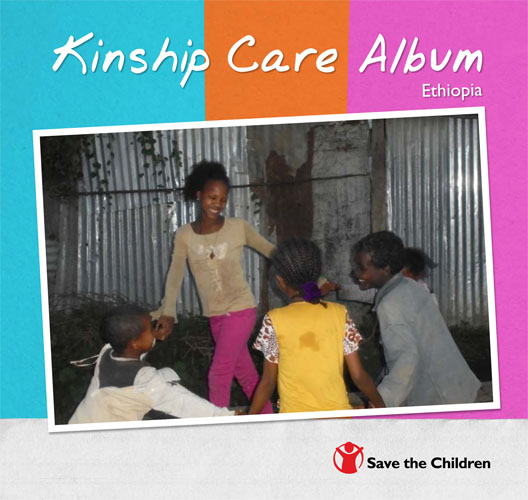 Kinship care in Ethiopia is embedded within the socio-cultural and economic context of the Ethiopian family system as alternative child care option, where by relatives assume greater responsibility for the provision of psychosocial and economic care of children who are orphans or those unable to live with their parents as a result of several factors. The kinship bond in Ethiopia includes family members related with the orphan children either by blood, marriage, clan, friendship, and or other deliberately created social ties.

This album presents viewpoints of children and young people, who have been engaged in this participatory research on kinship care – as advisors, researchers, respondents and documenters during the months of June to December, 2014. It presents the positive and negative experiences of children and care providers in kinship alternative care arrangement as told by children.

In this album the child researchers and those informant children to the kinship care research express their own understanding of and/or experiences in kinship care arrangement using different mechanisms such as drawings, poems, storytelling, and moments captures going around in their own communities. It incorporates views of girls and boys, including those living in kinship care arrangement and those children living with their biological parents who are caring for kin child within the family. The album also presents some of the key recommendations expressed by children in their vision tree.